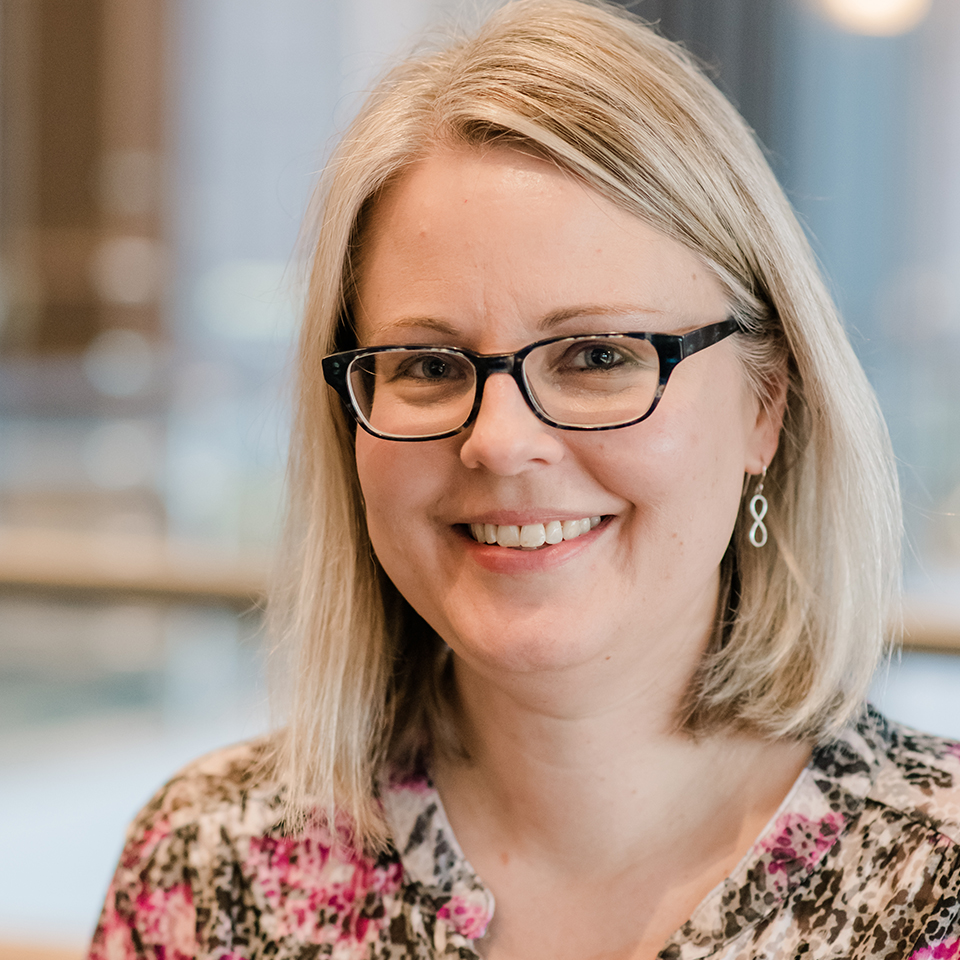 Early on in my career, I became active in the Society for Clinical Trials, attending most of their annual meetings. It was during those meetings that I came to know about Emmes, who always has a large presence at SCT too. I talked to a number of Emmes staff during those meetings and attended their talks and poster sessions, and remember thinking that if I ever ended up moving to the D.C. area, that I would so enjoy working there – I thought the fit would be perfect! Well, years later, life actually led me to moving to Maryland. I looked Emmes up, interviewed, was offered the job and accepted! The rest is history.

How do you describe Emmes to other people

Emmes is filled with people who feel passionate about the work we do to improve public health. Integrity and high quality are two of our top values.

I love the beach, especially in the late afternoon when most people have gone home. The sound of the water, the smell of the ocean air and the gentle breeze makes me feel connected to nature and to a higher being in ways that nothing else can. My daughters often comment that I become a different person when I am at the beach. Clearly, I need to invest in some ocean real estate!

How I chose my career

I was a math geek in college – I was one of those that actually bought the geeky math t-shirts and wore them proudly (e.g., “Don’t Drink and Derive”) and in my last semester of undergrad, I had a really fun statistics teacher who made statistics come alive – I can still see him in his cowboy boots making jokes. After taking a year off in a not-so-fun entry-level job, I missed school – and math - and decided to apply to statistics programs. At the time, I didn’t appreciate biostatistics, but during the summer after my first year of grad school, I interned at a pharmaceutical company and things started to click that I wanted to apply statistics to the health field. My mom was a nurse and I grew up thinking she had one of the most important jobs in the world. I knew that I could never stomach medical or nursing school, but now I could apply my geeky math skills to clinical research!

During my second year of grad school, I was a research assistant within a prevention and methodology program funded by National Institute on Drug Abuse (NIDA) and was offered the opportunity to pursue further studies, but decided that the real world was calling me. I landed in the heart of New York City at Memorial Sloan-Kettering Cancer Center and spent the next 9 years learning all that I could about oncology and applied biostatistics. It was a fantastic job in a fun city! But life had other plans for me next, which included getting married and moving to Maryland, which led me to Emmes. I’ve been here now since 2006, leading projects in ophthalmology as well as in substance use disorder, with the latter funded by none other than NIDA! Life has a funny way of leading us back to the path we are meant to take.